Aviation, like so many other industries, has its own use of jargon. These are words that are designed to be specific to people within the chosen industry or field they operate within. It can be easy for aviation enthusiasts to forget that terms such as an ‘ILS’ or ‘Waypoint’ are not common place to those outside of aviation. Below we have decrypted some of the jargon we use for a bit of fun and to widen people’s knowledge over the different terminology that has become second nature to us: 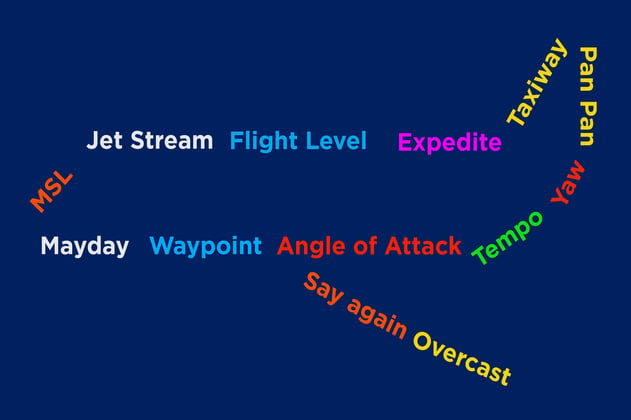