We spoke to FTA student Justin about his childhood ambition to become a pilot and what steps he has taken towards turning his dreams into a reality. 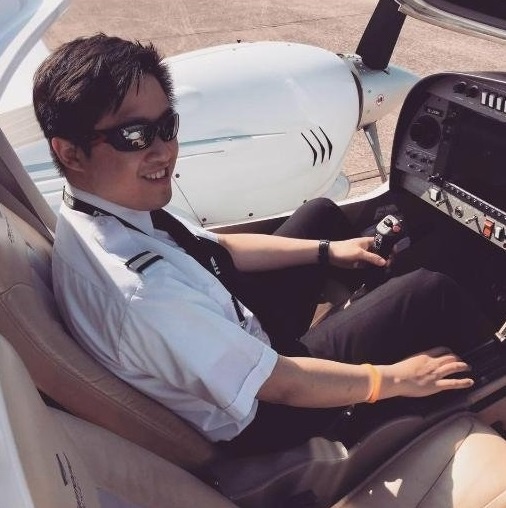 The first time I really thought about becoming a pilot was when I was meeting some family friends for lunch back in Hong Kong. They were all pilots and their personal stories of travel and adventure really inspired me; it was a career that brought a sense of freedom and endless possibilities.

I carried on with my studies and ended up going to study abroad at a University in New York, which was the start of an exciting new adventure for me. During my vacation, I was in Canada with my mum and we were having dinner with another one of our family friends. After hearing about my desire to become a pilot, this family friend took me plane spotting at the airport where I eventually did my PPL training. That visit to the airport sealed the deal for me; I was 110% committed to now becoming a pilot.

WHAT WAS IT LIKE GOING SOLO FOR THE FIRST TIME?

Going solo for me was such an overwhelming process. It felt like everything that had led to this moment had been quite natural, but ironically the nerves of going solo fell second place to the nerves of making sure that I was going to taxi the aircraft off at the right taxi way!

I remember taking off in the Cessna 150 and completing my circuit and landing, to be greeted by Air Traffic Control saying “Well done!” That moment to me brought the most amazing sense of accomplishment; the fact that everything I had dreamed of doing since I was 10 years old was finally beginning to turn into a reality. 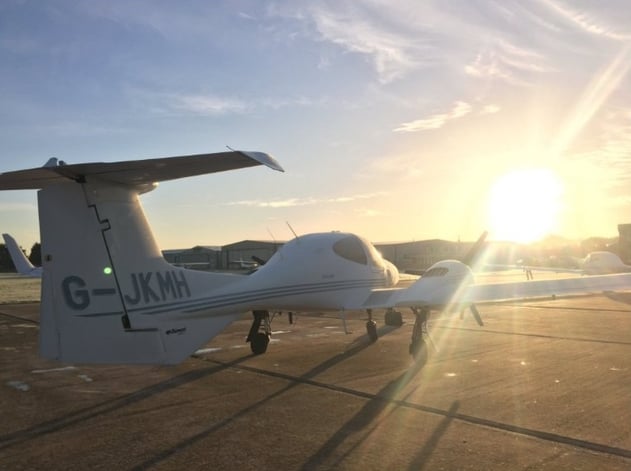 WHAT WERE THE NEXT TRAINING STEPS THAT YOU FOLLOWED?

After going solo, I then continued on to get my Private Pilot’s License with the school I was at in Canada, in between University. I knew from achieving my PPL that I then wanted to take my training further and become a Commercial Pilot. It was then that I applied to an airline to be taken on as a cadet with the license and hours that I had, however that didn’t end up working out. As I am also a British Citizen, I decided that the next thing I wanted to do was come to the United Kingdom to finish my training, due to the fantastic links and aviation history that was here in the country.

WHAT WAS IT THAT INITIALLY ATTRACTED YOU TO FTA?

I had been to have a look around various different schools, however I kept facing the same problems each time with trying to get them to credit my hours towards an accredited course. There was no point in having to repeat the same training that I had done in Canada, as it would not have been time or cost effective. I then came to FTA and finally I had found a school that would credit my hours! I signed up for the Integrated Flight Deck Programme that they offer and it was from there that I picked up from where I left off in Canada.

For me, FTA has definitely seemed the best choice. The main things that I like about FTA is that everyone is resourceful and are never afraid to help you. From day one you realise that FTA’s mission is to help you succeed in your training and I believe that the flight and ground instructors go above and beyond to cooperate with that. Each instructor I have come across has a complete treasure trove of knowledge and not only is that a fantastic source to utilise, it also encourages you to harvest and motivate you to be the best that you can be. Everyone has a ‘minimum hour’ goal while training and so far, I have kept to that and it is all down to the fantastic training available at FTA.

That moment (going solo) to me brought the most amazing sense of accomplishment; the fact that everything I had dreamed of doing since I was 10 years old was finally beginning to turn into a reality

WHAT WOULD YOUR ADVICE BE TO ANY FUTURE TRAINEES?

My main advice would be to set your goals and work for them. Everybody that has been through training before will tell you how much hard work there is required of you, but if you put the effort in, the rewards will definitely be worthwhile. It’s not an easy path, but if it was, then everyone would become a Pilot! Although the training is tough, your peers understand and that is what is so great about FTA. There’s a real camaraderie between instructors and students and it helps maintain that healthy balance between training and still enjoying yourself.

WHAT ACTIVITIES DO YOU DO DURING YOUR SPARE TIME?

During my free time, I will often go out to watch movies and also enjoy going out for drinks with my peers at FTA. We have a great community at FTA and even though we are all trainee pilots, we are also very good friends too. We have done group activities such as Karting and Farnborough Air Show to name a few and it really helps you to relax after a hard week of training. 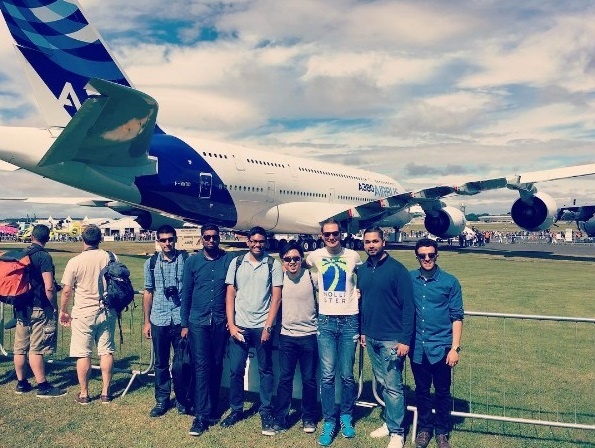 WHAT ARE YOUR FUTURE PLANS AFTER TRAINING?

My plan is to try and get a job back in Hong Kong, however I am also really excited about the job opportunities that are in Europe now. Once I have completed my Commercial Pilot’s License Skills Test, I will then go on to complete my Instrument Rating training, which means I should only have another couple of months left of training. 2017 looks set to be another exciting year for aviation!

Since this article was published, Justin has secured a role as a First Officer for Flybe!