Fresh from completing his first Progress Test at our Satellite Campus in Teruel, Spain, we spoke to our student Aman Khanal about his journey so far and what is next in store for his training: 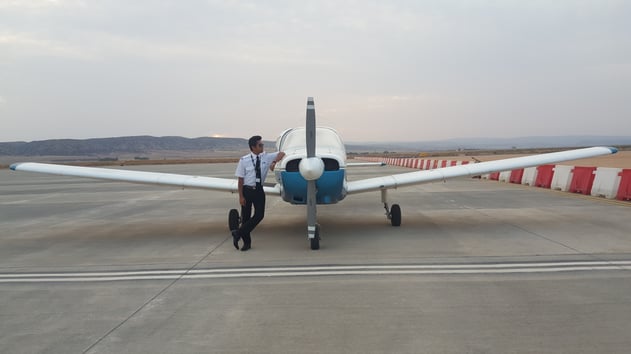 When did you arrive to the base in spain and how many flights have you completed since?

We arrived in Spain on the 15th of July and we started flying from the 18th of July. Since then we have completed 50 flights. During the first phases of your training, FTA ensure that you get to fly at least twice a day and as a result we are making steady progress. We should complete Phase 4 of our training by the end of September.

What is it like to fly the elementary flight phases from a base with such good weather?

I did a couple of PPL flight lessons in the UK before coming to FTA and I was aware of how difficult it was to catch a perfect weather day for flying. There were a lot of cancellations due to the “English“ weather getting in the way and as a result it took me almost a year to complete 40 hours. This was one of the reasons why I chose the Option A (Spain) for the elementary flight phases. We get to fly every day without any cancellations and we never lose the learning momentum. The winds are very calm in the morning however it does pick up during the afternoon and makes for a bumpy flight, but it provides a positive challenge as it allows for us to practise approaches in variable winds conditions. Option A is also £10k cheaper than Option B and living expenses in Spain are very cheap compared to the UK. In Spain we get to fly a conventional PA28 and consequently we are getting very good results.

During the first phases of your training, FTA ensure that you get to fly at least twice a day and as a result we are making steady progress. We should complete Phase 4 of our training by the end of September.

How did you feel when you were getting close to your first progress test?

Our Progress Test was on the 18th August which was roughly 3 weeks from our first flight. I was obviously very nervous but at the same time very excited. Our flight instructor Pablo had full faith in us, otherwise he would not have signed us off for the Progress Test, which somehow added to our confidence. 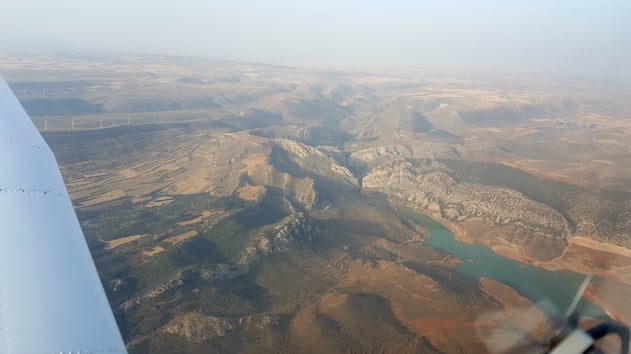 what did you think when you found out the Managing Director, Jonathan was flying over to complete your first progress test?

I was quite happy about the Managing Director flying in as I had met him a couple of times in Shoreham. He used to check in on our progress during out Foundation Ground School. I would have been more nervous if we had another examiner who I had never met flying in to complete our first Progress Test.

To be completely honest, the test felt like one of the Solo General Handling flights I had completed previously and surprisingly it was not what I expected it to be. Jonathan made me feel very relaxed and I imagined I was flying on my own with him giving me instructions in my head. We had to do all the manoeuvres that we were taught and the ones we practised i.e. Practise Forced Landing, Stalls, Steep Turns, Instrument Flying, a Navigation Leg, a Diversion and a couple of Touch and Go’s in the Circuit. The flight took 1.5 hours but it felt like 20 minutes. 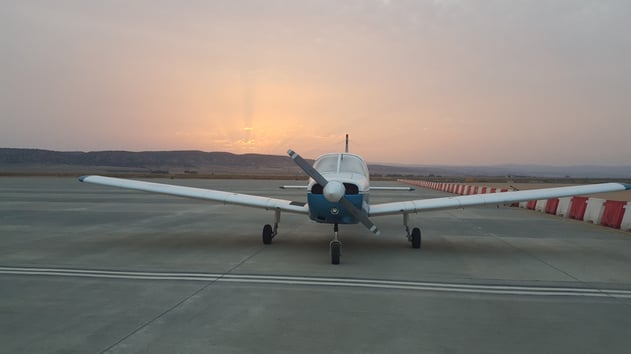 What was it like completing the test with an airbus a340 in the vicinity arriving at the airport?

There was an Airbus A340-600 on long final while I was doing my diversion leg. We landed a few minutes after the Airbus and we had an opportunity to communicate with the pilots of the Aircraft. It was an amazing feeling to be honest!

How did you feel after the test? tell us about the result

After landing, I was very nervous to hear the results but felt very relieved when Jonathan gave us our results and to find out our hard work finally paid off. However, it was just one of the first tests and I am aware there are many more to come during the course and during line flying with an Airline.

← The number of cadets training to be pilots in the UK continues to fall short of the mark Setting off to a flying start: Yousaf →