It’s been 18 months since we first released our statistical analysis on the throughput of cadets. Here we revisit the latest statistics released by the CAA and question how the numbers stack up.

In the 2016 market outlook released by Boeing, unprecedented growth was forecast for the aviation industry. Many sources echo this sentiment, and that the number of pilot’s qualifying each year falls short of the mark, across the globe. It is inevitable that if the current trend continues, the industry will accumulate a significant shortfall by 2035.

Boeing’s predictions are based on the demand of aircraft being constructed on the basis of business demand. In 2015 there were approximately 22,510 jet planes in service and that number is expected to double over the next 20 years. Of the 39,620 new airplanes required, almost ¾ will be single – aisle airplanes destined for the travel industry. 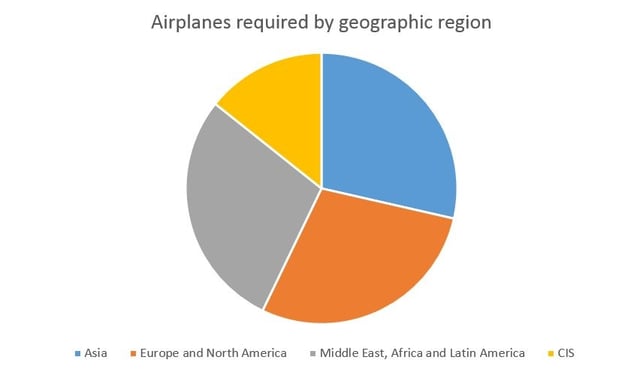 As a training provider based in Europe we ask the question: How many licences are being issued and do they meet demand?

The answer is that they don’t, and in fact the decline in licenses issued in 2016 in comparison with 2015 is disappointing.

Not least because it seems the attractiveness of pilot training to women has decreased. In 2015 a total of 55 women (in UK/Europe) obtained either an EASA CPL or MPL, in 2014 this was 84 – a drop of 52%! The figure for male trainee pilots seems more resilient with the number of European license holders making up for the decline in UK licenses issued with the overall total increasing by 5%.

Unsurprisingly, given the current climate and ATO’s ability to enrol students from Non-EU countries, students from this region have fallen by almost a third. 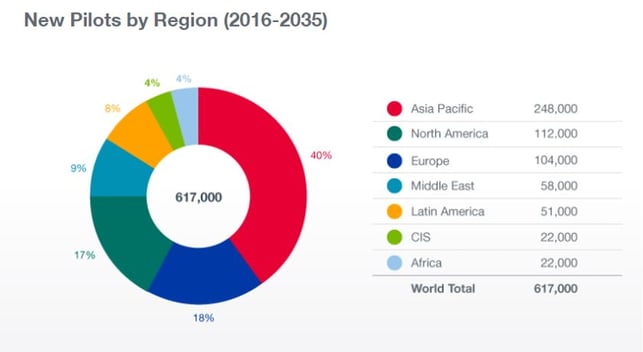 Jonathan Candelon, Managing Director for FTA said of this decline: “It’s so disappointing to see such a dramatic fall in the number of women pursuing pilot training. The airlines are actively seeking to recruit more women in to the industry because they can clearly see the benefits. This is not an issue of demand but instead supply".

The implications of this (total) pilot shortfall are staggering. In 2014 when we analysed the number of issued in the UK versus abroad, the UK commanded a 25% of those issued across Europe. If this figure remains the same, it would mean that in 2016 alone, the UK fell short by almost 500 pilots. Over the next 19 years that would equate to almost 10,000 pilots!

It has been for 5 years now that we have seen a continued decline in pilot licences being issued. The total of licenses issued in 2016 was 1021 which is a decline on 2015 and every year before.

Can it be true that the prevailing on obstacle is the perceived cost?

The economic crisis in 2007/2008 was arguably the worst of its kind since the great depression in the 1930s. Brought on by the full blow international banking crisis, the global economy is still in recovery, but the UK does seem to show signs of improvement: Unemployment levels are at their lowest in 10 years and consumer confidence has returned to higher levels following a 10 year slump.